The Science of Fertility

A healthy body, a healthy baby

Your best shot at having a healthy baby begins in the testicles. But testicles are only as healthy as the body to which they attach. So your overall health and well-being play a big role in the quality and quantity of the sperm produced in your testicles. Did you lose sleep or skip the gym? Did you have a salad and wild salmon for dinner—or did you grab a slice of pizza or a cheeseburger and fries? Did you drink plenty of water with that, or did you wash it down with three drafts? It all impacts your health and that of your sperm. 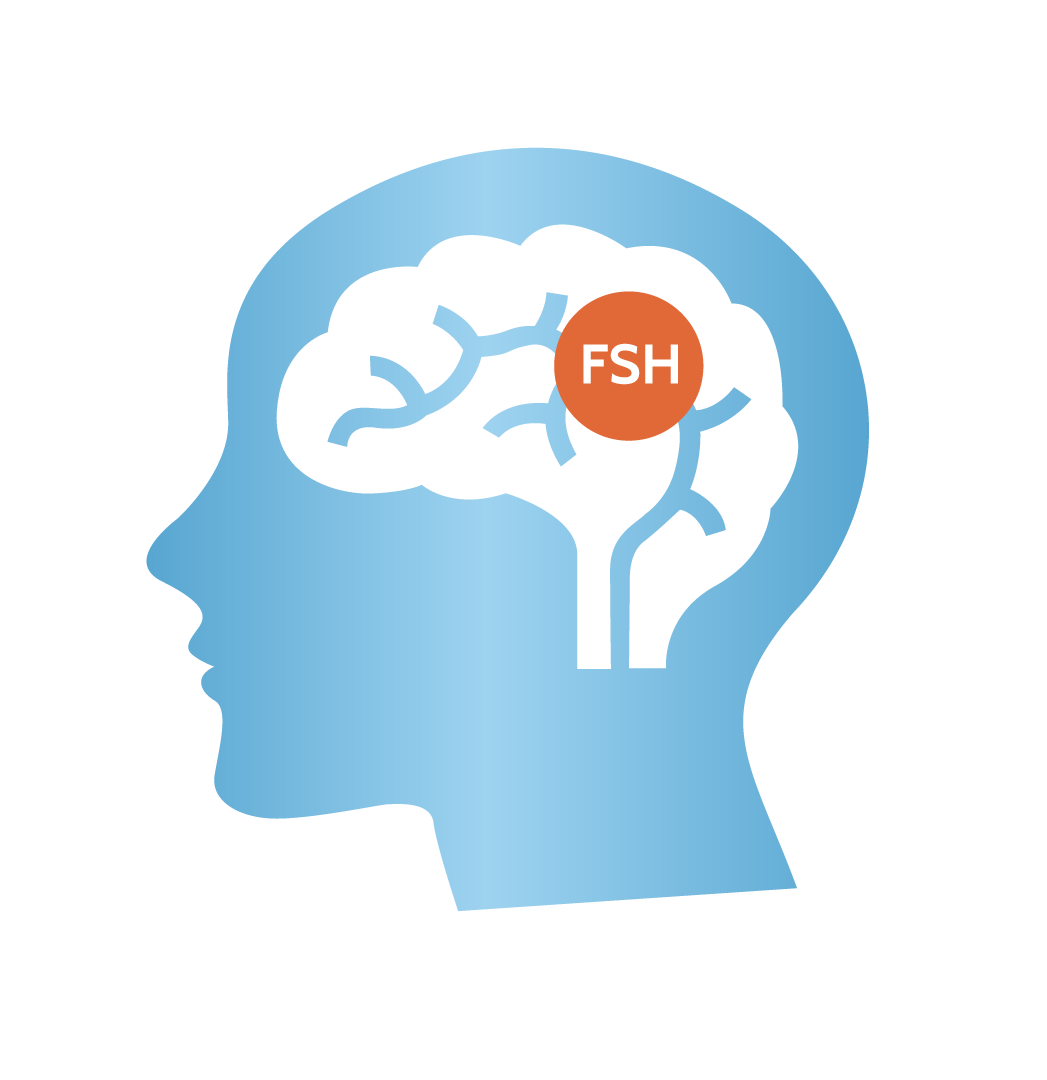 Did you know that women are born with all the eggs they will ever use? The testicles, on the other hand, produce some 1,200 new sperm cells every second, or more than 500 billion during a man’s lifetime. The brain kicks off this frenzy of procreation by secreting follicle secreting hormone (FSH) from the pituitary gland, which starts one of the world’s most amazing production lines. 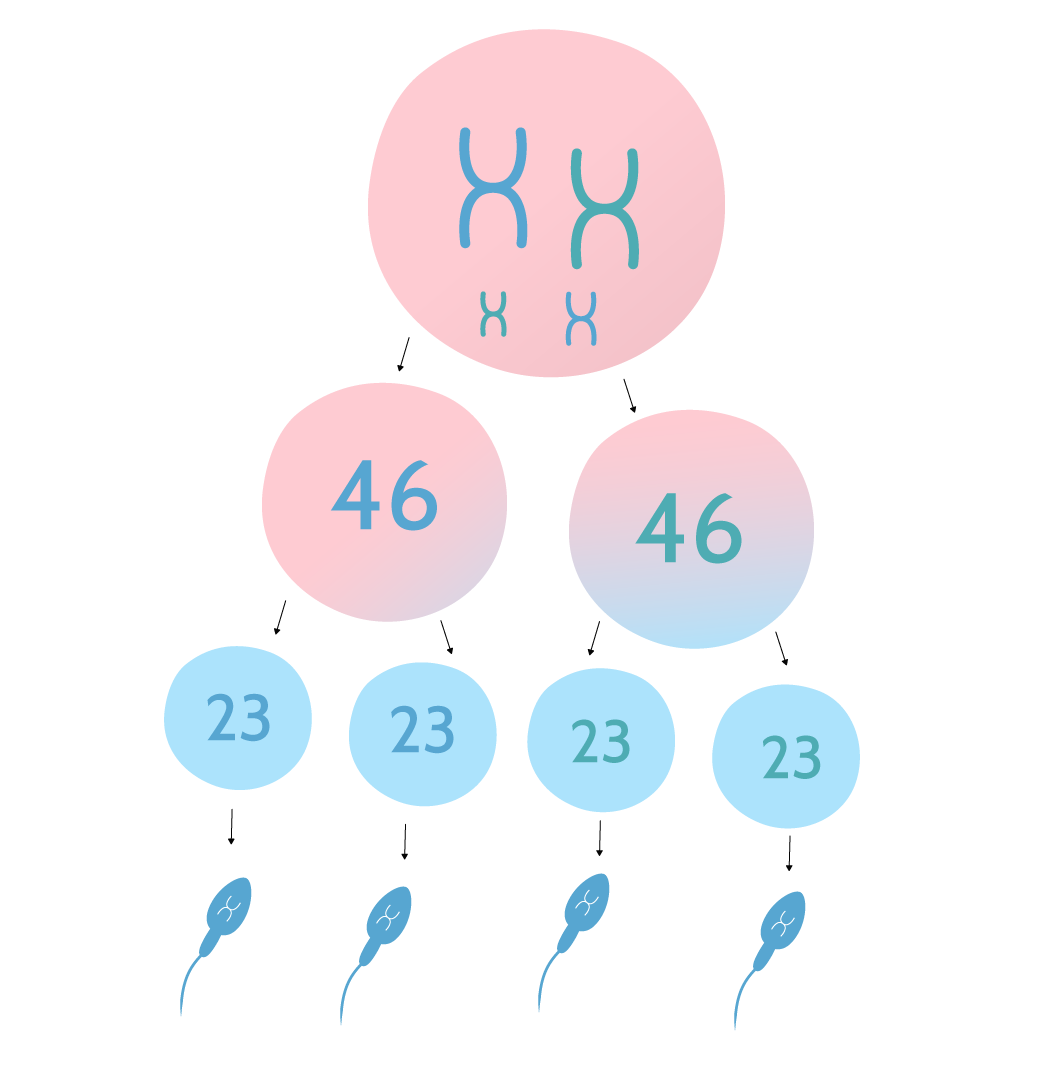 Your half of the fertility equation

The birth of a sperm begins when cells in the testicles undergo division to reduce the number of chromosomes by half—from 46 to 23. (Ultimately, the sperm will seek its other half in the egg, which also has only 23 chromosomes). 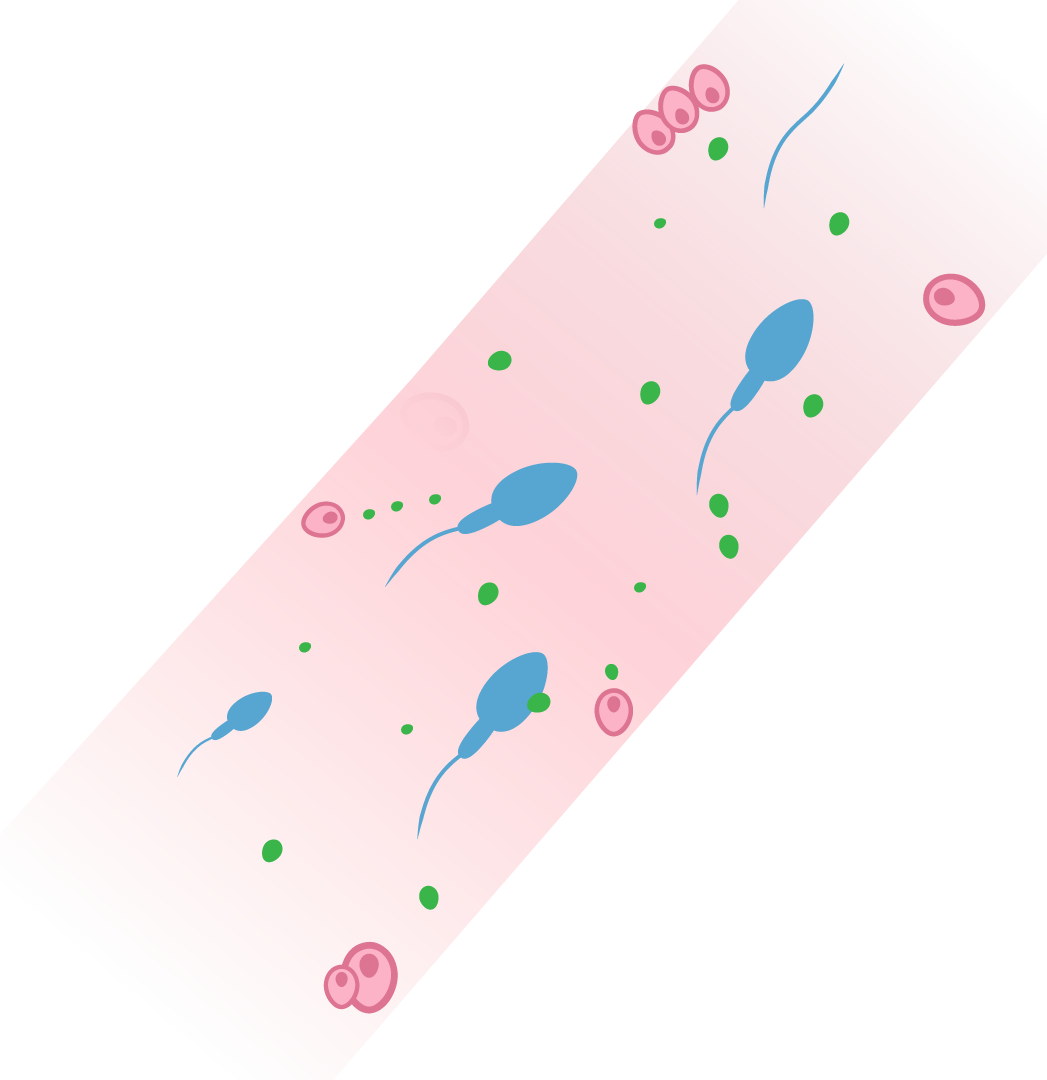 These baby sperm, or spermatids, grow to maturity in about 700 feet of microscopic tubing (called seminiferous tubules) in the testicles. There, so-called nurse cells—which are also activated by FSH—pull key micronutrients from the bloodstream to nourish the maturing sperm. 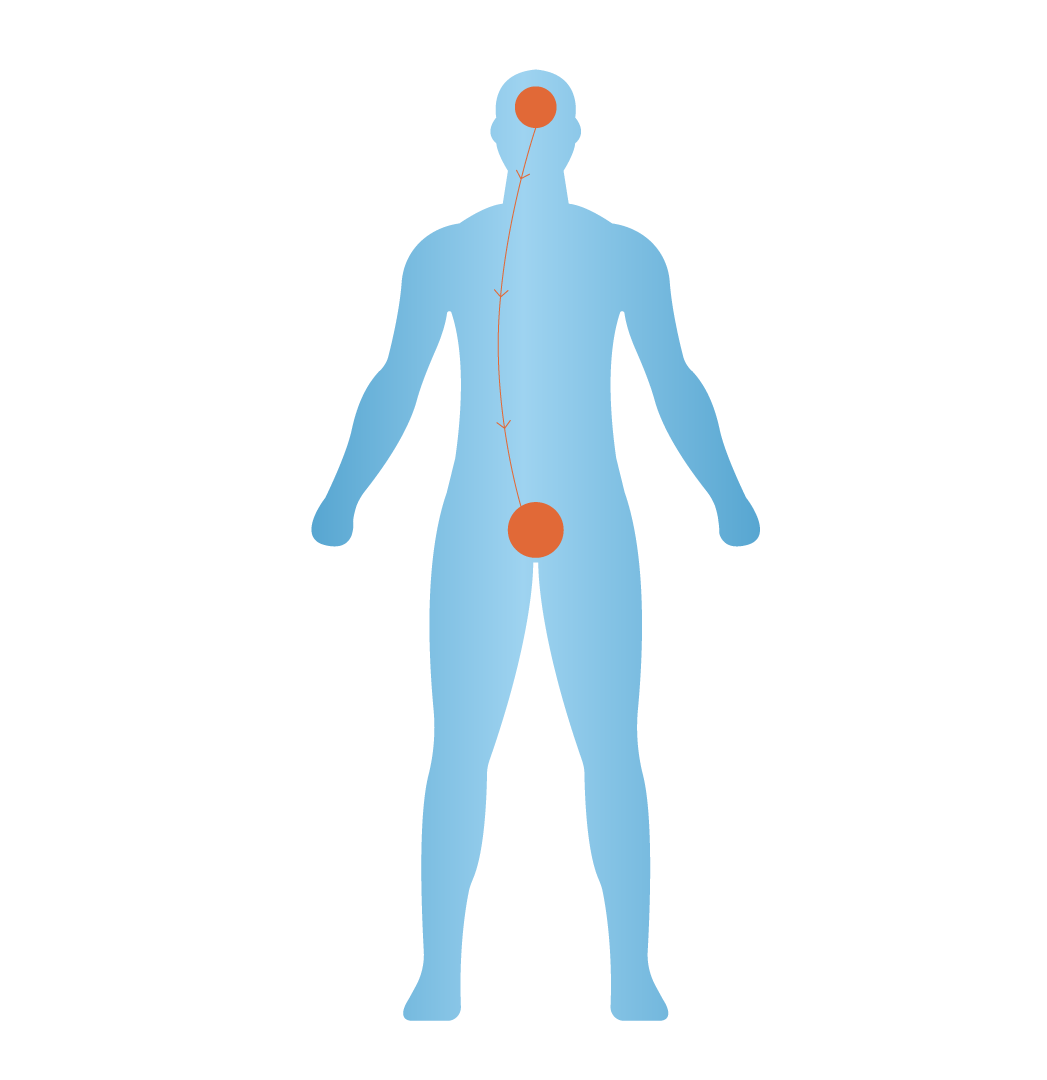 Some things really are in your head

These nurse cells also concentrate the hormone testosterone, which is essential for sperm development, such as a growing tail. The brain keeps a watch on testosterone, and sends signals to the testicles (through the pituitary gland) to produce more of the hormone if levels fall too low. The maturing sperm also need a healthy levels of B vitamins and coenzymes like zinc. 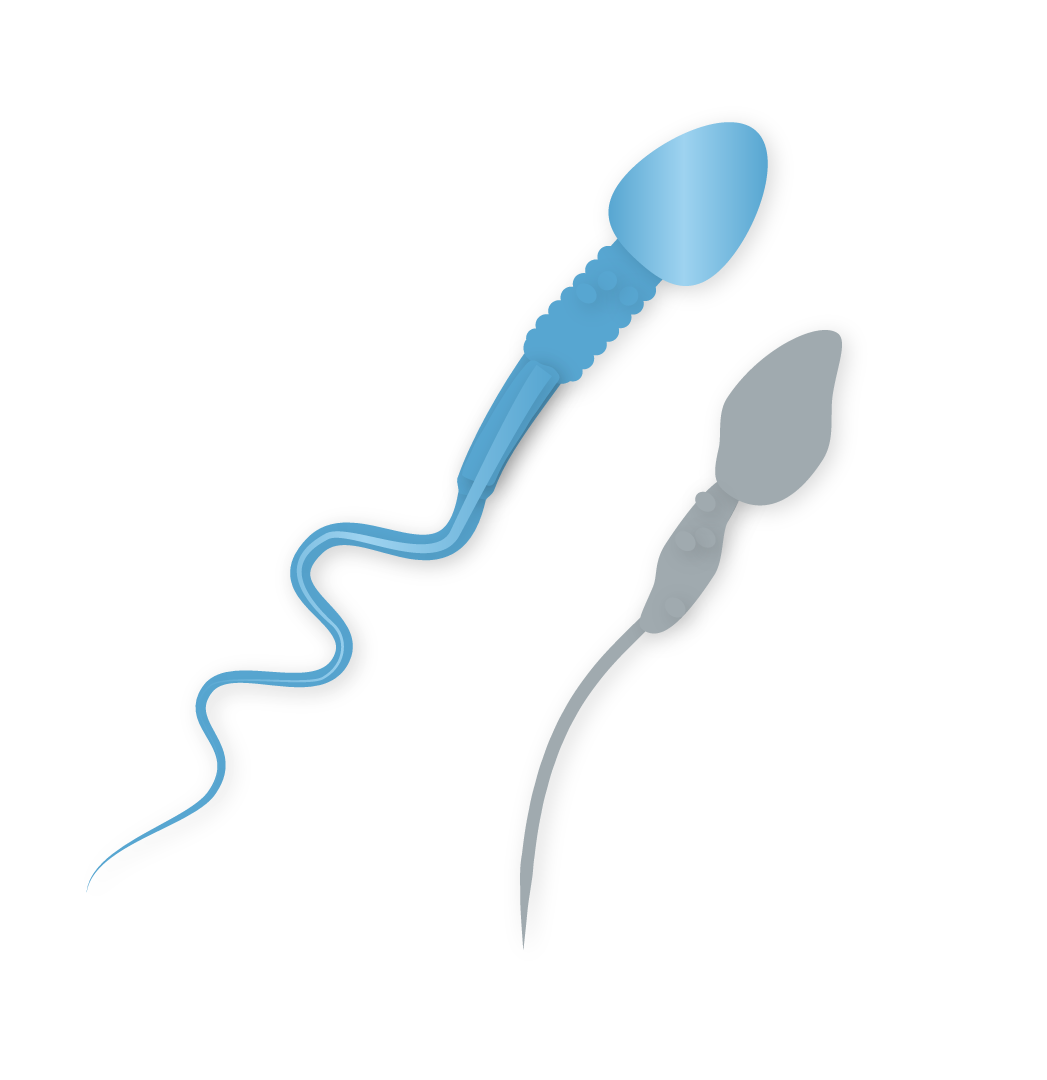 Sperm produced in healthy testicles have a densely packed DNA payload in the head, strong tails, and a smooth, hydrodynamic shape. Unhealthy sperm typically have misshapen bodies (poor “morphology”), which contributes to poor swimming (poor “motility”). Sperm must be able to swim fast and straight—the shortest distance from point A to point B—to arrive at your partner’s unfertilized egg. 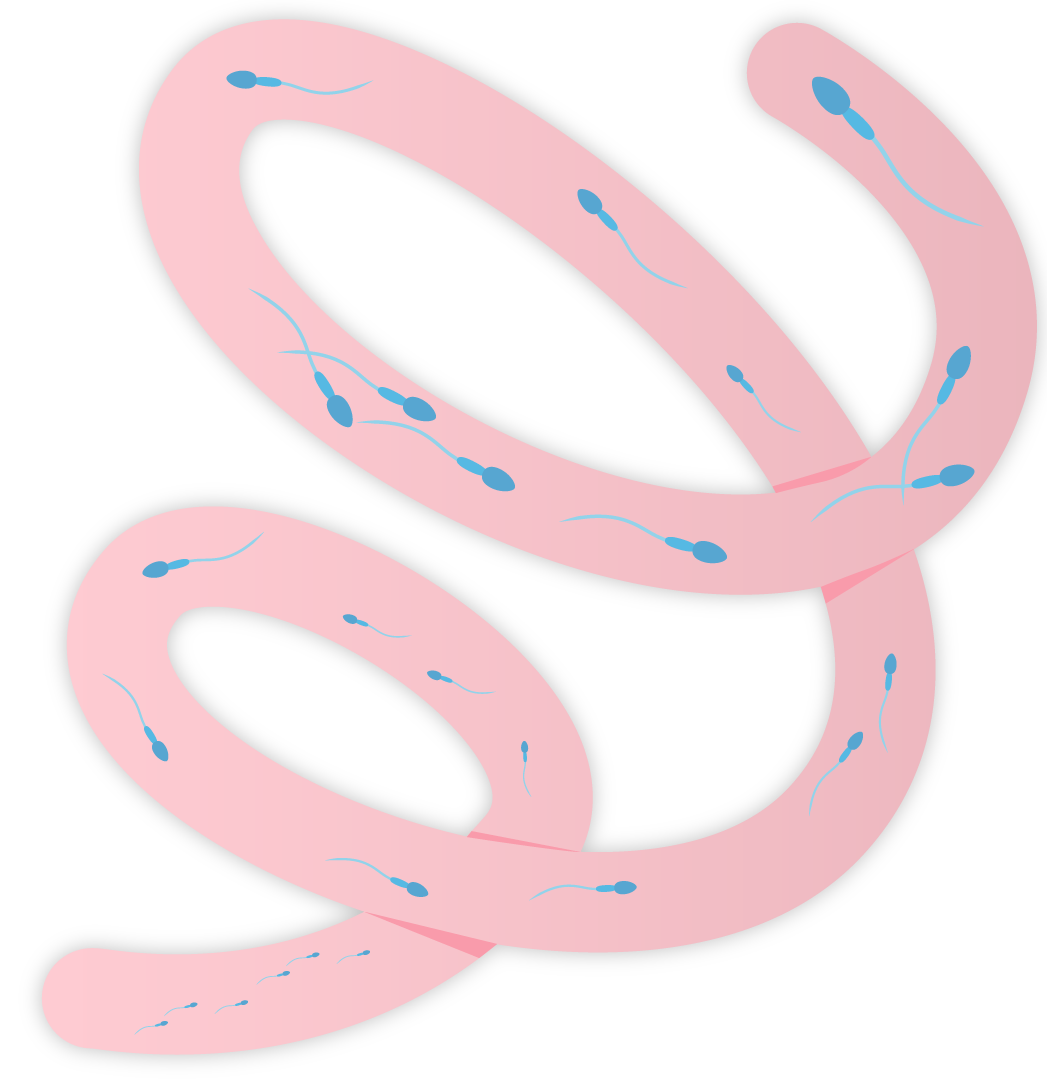 Once off the production line, sperm move into the epididymis, a long, looping water-slide-like tube where they learn to swim faster and better. Micronutrients such as L-acetyl carnitine and Ubinquinone help to keep this tubing and these swimmers fit. Sperm remain in the epididymis until ejaculated, or if not that fortunate, reabsorbed in the body.

Once in the vagina, the sperm must make the long migration (several inches) up the cervix, overcoming many obstacles along the way. If these tiny swimmers were human size, they would need to cover almost 3.5 miles. But thanks to an efficient shape—good morphology—they cut through the cervical mucus with an engine that would put an FI race car to shame. With their rapidly flagellating tails, sperm can cover this distance in about ¾ of an hour. Scaled to size, that would be the equivalent of salmon swimming upstream to spawn at 500 mph! 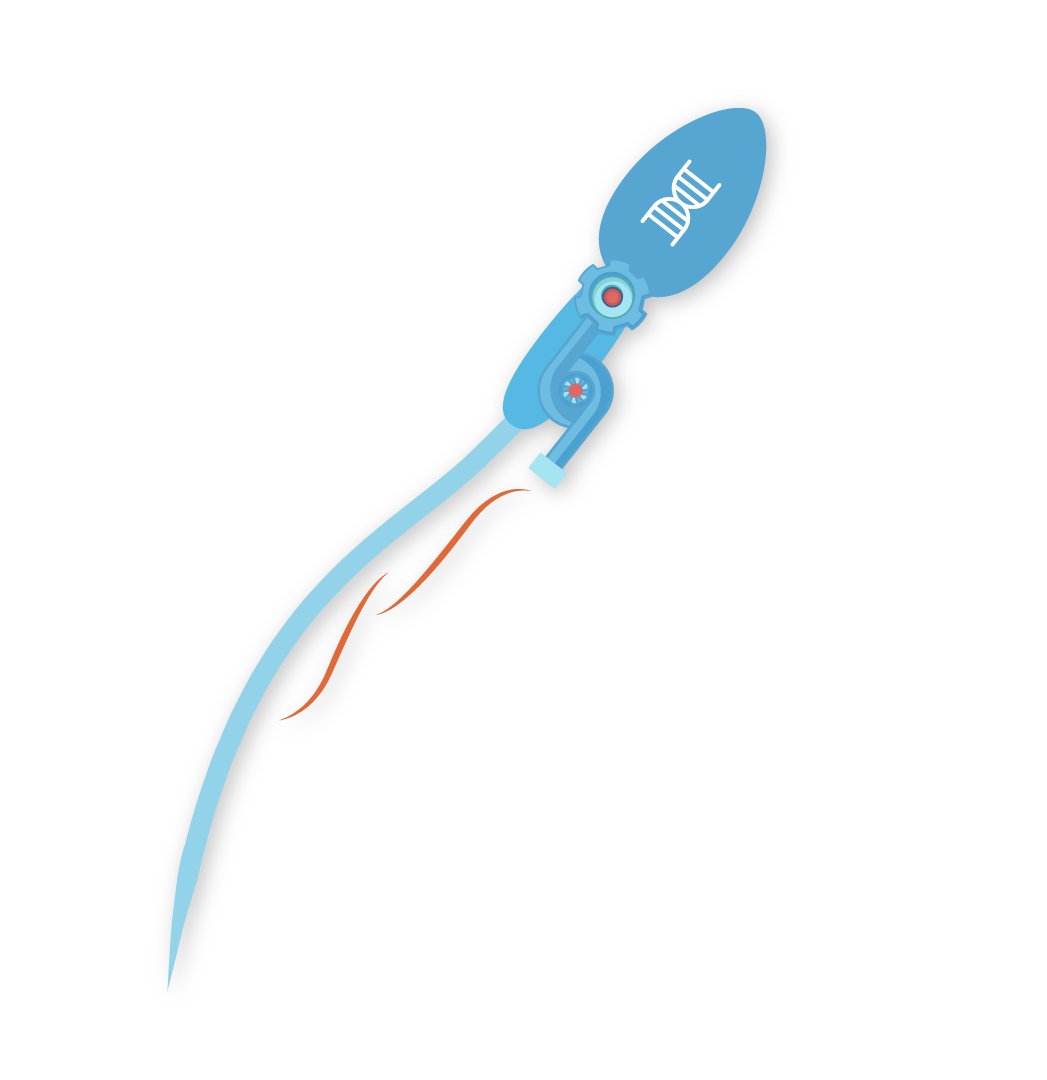 Power lunch: Countering the byproducts of the sperm’s muscle-car engine

Like the metabolism that powers our muscles, the sperm’s strong motor (mitochondria) produces byproducts as it “burns” fuel to flagellate the whiplike tail. Sitting very close to the engine compartment, the sperm’s precious DNA payload can be damaged (fragmented) by this exhaust of oxidants and free radicals. Maintaining a healthy lifestyle and eating a healthy diet rich in antioxidants are vitally important to ensure your sperm's DNA stays healthy both prior to conception and during its long swimming race to the egg. 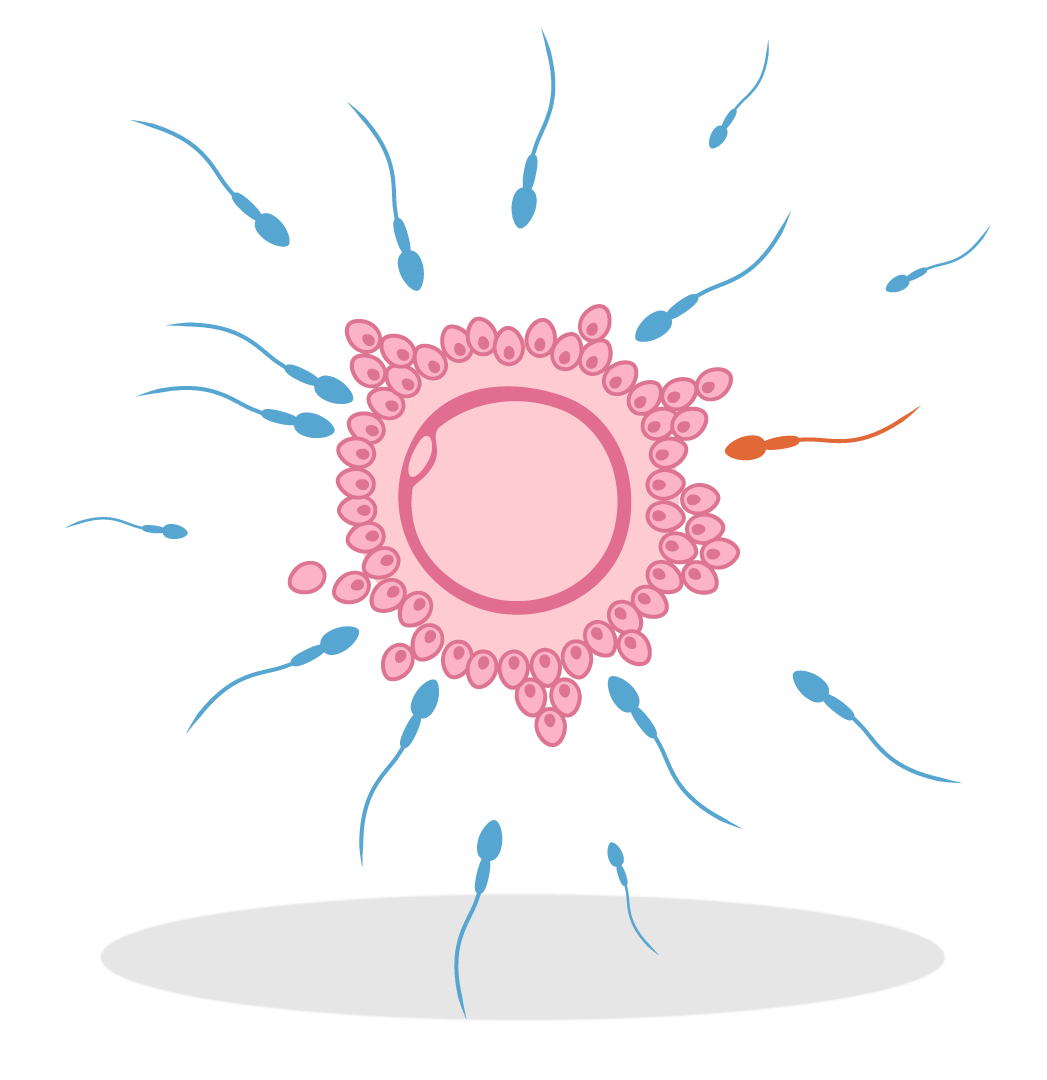 May the best sperm win

Once exposed to ejaculate and substances in the vagina, sperms' motility kicks up dramatically, and they become capable of fertilizing the egg (called capacitation). These powerful swimmers are off the starting block, racing to reach the egg first and release chemicals from their nose cone that bind to the egg for penetration. Badly oxidized sperm have lower motility (are slower) and less capacity to bind to the egg and bore through its hard shell. And that sperm fitness can spell the difference between winners and losers. 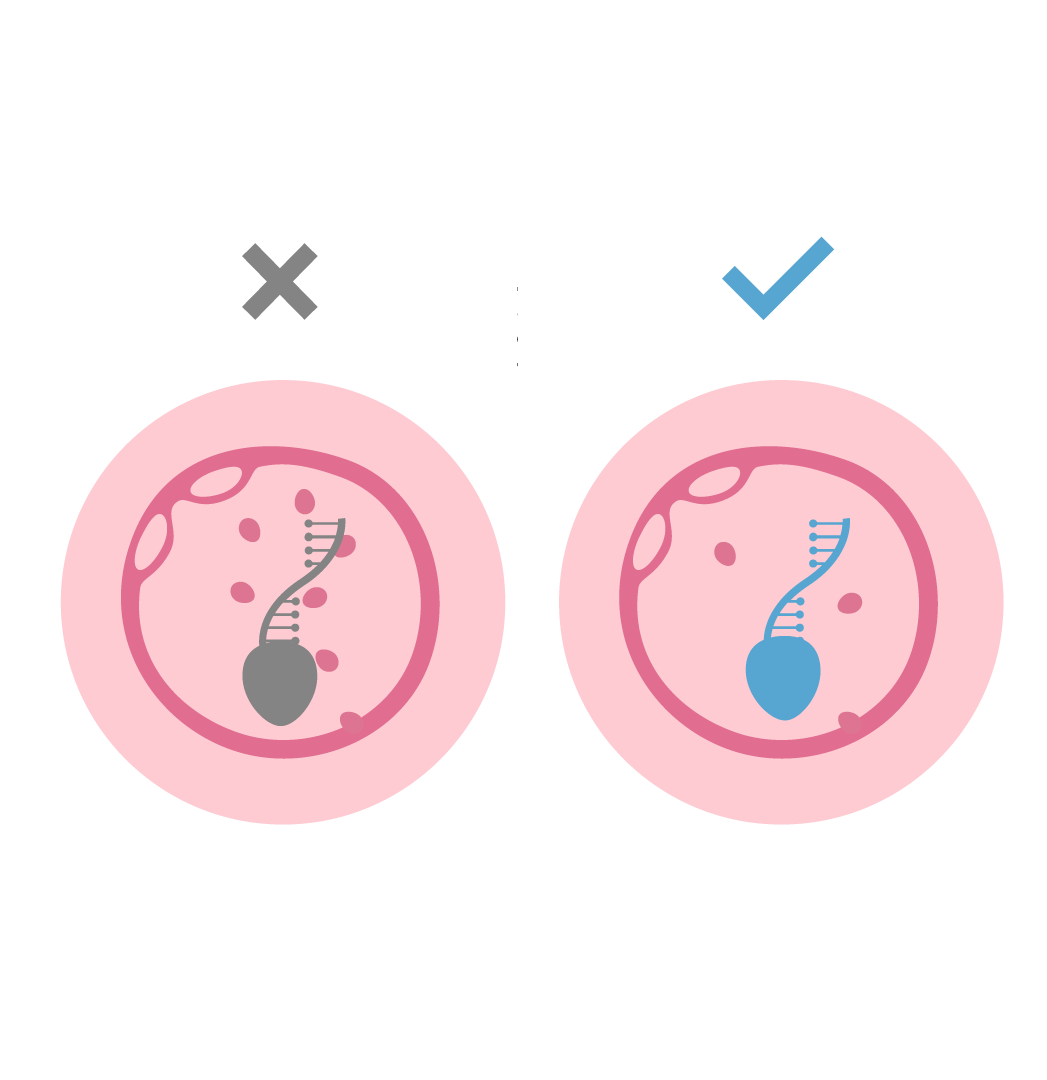 As fertilization begins, the sperm head enters the egg and the sperm loses its tail. The sperm head then unfurls its DNA helix. Then, in one of nature’s most incredible mating dances, the sperm presents its 23 chromosomes containing its DNA to the egg. 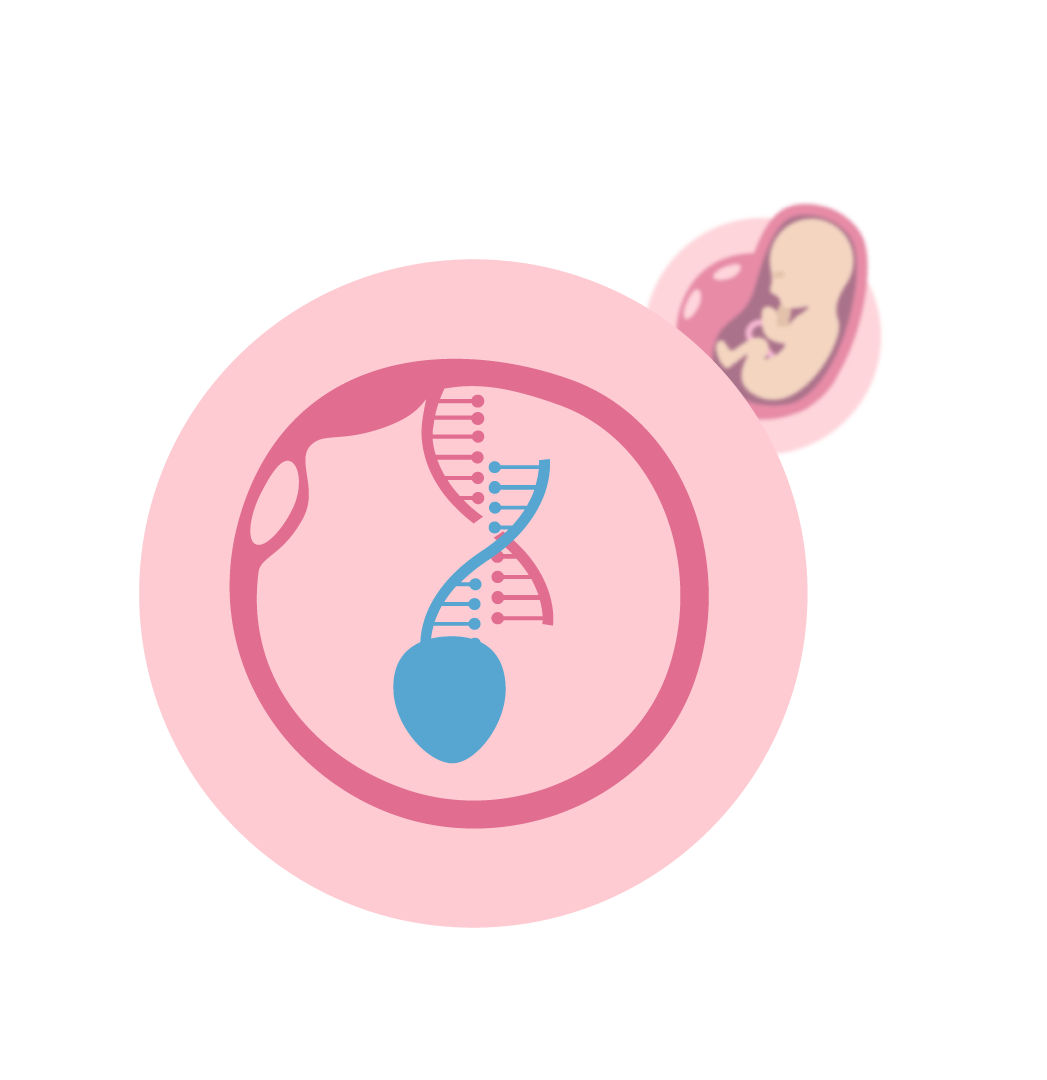 Is he hot or not? – Deciding whether to join genetic materials and conceive

Once the DNAs are joined, the egg turns on several thousand DNA repair genes that inspect the worthiness of the combined genetic material. If the sperm DNA is too fragmented or otherwise beyond repair because of excessive oxidative damage the female rejects the match. The DNA dance ends, and conception abruptly comes to a halt. If the initial scan looks ‘good enough,’ the female fixes any defects and proceeds with embryo development. The developing zygote rapidly divides and divides again and again, and you and your partner are on the way to having the most amazing thing in the world—a child.

Majzoub et. Al. Antioxidants for elevated sperm DNA fragmentation: a mini review. Translational Andrology and Urology, Vol 6, Suppl 4 September 2017.
Authors’ conclusion: “This brief review reveals that antioxidant therapy appears to be a reasonable option that can be used either solely or as part of a treatment strategy individualized to each patient’s clinical presentation.”

Ahmadi et al. Antioxidant supplements and semen parameters: An evidenced based review. Int. J Reprod Biomed Dec 2016
Conclusion: “We concluded that although majority of reviewed studies showed significant association between antioxidant supplementations and one or two semen parameters but administration of supplementations like L-carnitine, selenium, vitamin C and vitamin E may lead to improving sperm concentration, motility and morphology, and sometimes DNA integrity.”
Use left/right arrows to navigate the slideshow or swipe left/right if using a mobile device